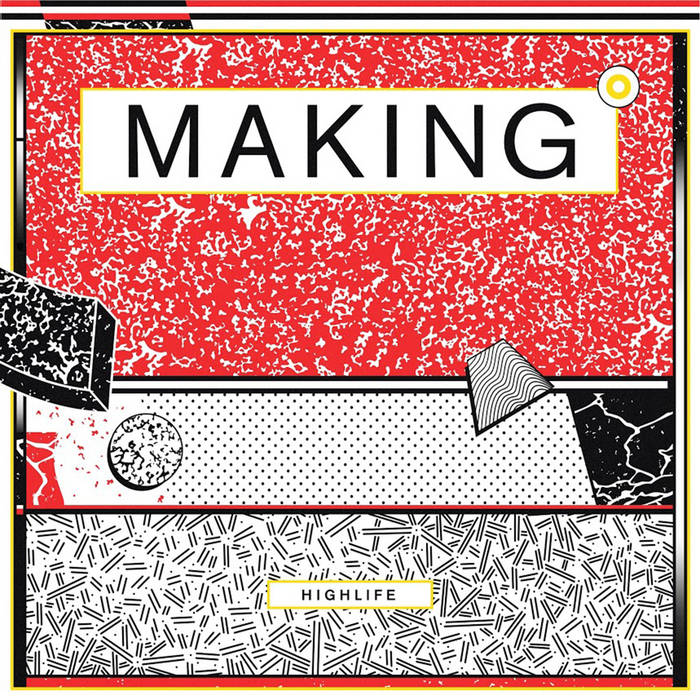 TRT003 | MAKING – HIGHLIFE LP
Forming in 2011 from a shared interest in Sydney’s DIY scene, late-night dance slots and the math-rock/electronica crossover movement driven by contemparies such as MY DISCO and BATTLES, MAKING are a 3-piece outfit, utilizing live instrumentation and volume to create their unique take on sound structures.
Possessing the unique skill to “hunt and gather” from such sub-genres, whilst adding their own take on the drums/bass/guitar formulas of rock has seen Making share the stage across Australia with acts such as LIGHTNING BOLT, PRINCE RAMA, LOMA PRIETA, LA DISPUTE, BO NINGEN, BLACK VANILLA and IDYLLS, and also two appearances at New Zealand’s CAMP A LOW HUM Festival, in 2013 and 2014 respectively.
MAKING’s primary focus as a band boil down to maximum volume; rhythmic structures played as tight as possible which harness a cyclic pattern of primordial movements; absolute heaviness centrifuged around low-end frequencies; and the guilt of absorption. The band draw inspiration from modern electronica, as to avoid the modern clichés of guitar-driven music, which gives their output a fresh vision in the current climate of typical rock instrumentation.
HIGHLIFE is a culmination of 24 months of work, focusing on the band’s ability to take old formulas and refresh with a futuristic approach to noise and movement. Flowing effortlessly from harmonically driven guitar structures into full-blown assaults of doom, the 6 tracks capture Making’s historical markings and offer a glimpse into a future destined to be driven by awkward social gatherings and a lack of human connection.
Recorded by Nick Franklin, mixed by Ivan Lisyak and mastered by Lawrence English at Room 40, HIGHLIFE is a sonic journey that takes in a massive field of sub-genres that will no doubt appeal to admirers of artists such as LITURGY, HEALTH, MY DISCO, THE BODY, DEATH GRIPS and ABSOLUTE BOYS.

Bandcamp Daily  your guide to the world of Bandcamp

New sounds from Mavi, Ivy Sole & Moderator, plus AJ, the One joins the show, for her latest release